Summary: Trump has promised to curb free-trade; he has unilateral power to do so; and the results could be disastrous for the economy.  One may want to reduce equities now or be prepared to do should he follow through with his plan.

Trump campaigned with a 100-day action plan which includes the following:

★ FIRST, I will announce my intention to renegotiate NAFTA or withdraw from the deal under Article 2205.
★ SECOND, I will announce our withdrawal from the Trans-Pacific Partnership.
★ THIRD, I will direct the Secretary of the Treasury to label China a currency manipulator.

Trump is a mercantilist who rebukes economic theory and sees trade as a zero sum game where those who import more lose to those who export more. He looks to make the U.S. a winner giving little weight to the benefits of trade for U.S. consumers and geopolitical alliances.
The President appears to have substantial unilateral power when it comes to restricting trade.

The International Emergency Economic Powers Act (“IEEPA”) grants the President authority to take actions to restrain trade that would not be subject to court review in response to unusual and extraordinary threats to the economy of the United States. It’s conceivable Trump might try to use the powers under the IEEPA.

Section 201 of the Trade Act of 1974 permits the President to grant temporary import relief by imposing duties or barriers on goods entering the United States.

What would happen if Trump follows through on his promises? The most famous case study would be the Smoot-Hawley Tariff which passed the House in May of 1929, the Senate in March of 1930 and signed by Hoover in June of that year. It’s not fair to say that it caused the Great Depression, but it probably had an important role along with the stock market crash, overproduction and a tight monetary policy. Exports fell from $7 billion in 1929 to $2.5 billion in 1932. Farm exports were slashed to a third of their 1929 level by 1933 causing defaults and strains on the banks. I’m not forecasting the magnitude of the drag on the economy, but am saying there would be a drag and it could be large. Also, we would expect to pay more as import prices rise.

The prospect of a trade war and the impact on the global economy suggests a reduction in equity exposure. On the other hand the S&P 500 stock index has risen with the news of Trump’s election. I respect markets deeply and the market’s behavior should give one pause. My plan is to be prepared to respond to words and actions suggesting the Trump administration is going to live up to his 100 day plan. 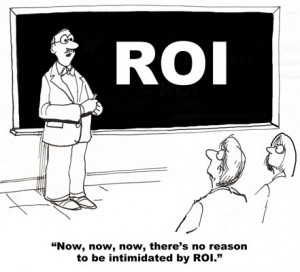 A portfolio invests its assets to earn a profit, just like a business. In the same way that the owner of a business (sometimes represented by a board of directors) may hire executives to run it, the owner of a portfolio may engage a professional for advice. Define your role clearly. Are you going to be involved in day to day decisions? Or is your role more oversight?

Treat the hiring of an advisor as you would the hiring of an executive. Consider not only their competency but also their fit. Understand the compensation of management. Try to align the goals of management with yours. Importantly, understand the fees. Ask a lot of questions. Does the advisor get compensated by fees from you? By commission? Is there compensation based on the recommended investment? From what universe of investments does your advisor choose? Does the advisor’s firm get income from the investment funds used? Does the firm mark up any investments, such as bonds, which you are buying?

Particularly when you are hiring a manager to run your business, you should have a written business plan. This plan should specify the goals of the business and the strategy that will be used to achieve the goals. What investments are permissible? How much discretion (authority) do the managers have? What calls do the owners retain? How will success be measured? When will success or failure be measured? What kind of reports do you want and with what frequency?

Fees are often charged as a percentage of the assets under management. You should think of your fees as an expense of your business and as a share of the profits you expect to make. If you pay 1% in fees and expect to earn 6%, that’s about 17% of your gross profits. Even if you think you’ll earn 10%, a 1% fee is 10% of the profits. That’s a significant share.

In addition to the direct fees, watch for indirect expenses. If you own a mutual fund or exchange-traded fund (ETF) there are expenses. You should know how much they are. You should also know what’s typical and what’s low in the industry.

Finally, be involved. Meet with your advisor. Review your strategy and your current investments. Understand the drivers of performance and expenses. Ask about the risks you are assuming. All of this is your business.